Somatropin : Is This HGH Supplement Safe and Effective?

Comments Off on Somatropin : Is This HGH Supplement Safe and Effective?

Prior to discussing the Somatropin GH treatment, understand that growth hormone (GH) deficiency continues as people age. This is why it is common for the elderly to lose muscle mass, to develop brittle bones and wrinkled skin. However, experts say that much research is still needed to prove that the administration of GH supplements can reverse the aging process. 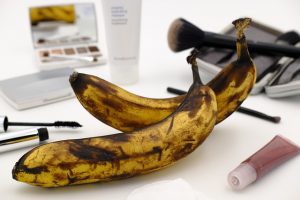 Growth hormones are naturally produced by the brain to stimulate the liver to produce and release a substance called Insulin-like Growth Factor 1 or of IGF-1. Yet as the brain, particularly its pituitary gland, loses its ability to produce the growth-stimulating hormones, ageing people likewise lose muscle mass, bone density and skin elasticity.

Yet generally, growth hormone therapy is primarily approved as a treatment for children with severe cases of GH deficiency. The therapy involves the administration of a physician-prescribed synthetic form of growth hormone called Somatropin.

What Exactly is Somatropin and How Does It Work?

Somatropin is the man-made version of the growth hormone naturally produced by the brain in the pituitary gland. While it follows that it’s a synthetic substance, it performs the same stimulating function of signaling the liver to produce IGF-1.

As hormone replacement, doctors may prescribe the man-made Somatropin in treating cases of low growth hormone production. The goal of the treatment is to address GH production failure so that a child will grow well in terms of height; rather than let him or her grow into maturity with a short and small stature.

Somatropin vs Somatrogon in the US and EU

Now here’s the thing, in Germany and other European countries, Wachstumshormon Somatropin (growth hormone somatropin) is slowly being overshadowed by a longer acting growth hormone called Somatrogon. While Somatropin injectables are short acting and have to be administered daily, the Somatrogon injectable needs only to be administered once weekly.

The EU Commission has in fact recently approved the use of the longer acting Somatrogon injectables for pediatric patients at ages three years and older. The approval came at the heels of the US FDA’s rejection of Pfizer’s application for the sale of Somatragon as treatment for cases of pediatric growth deficiency in the US.

The US FDA disputes Pfizer’s claims that Somatrogon is not only safer but has higher efficiency than Somatropin. According to the US drug administration agency, there is no evidence to support the claim that Somatrogon treatment results in taller stature at a much faster rate than Somatropin. Still. both treatments are known to show increased heightresults by the sixth month, while optimum results will be attained in the first year.