Comments Off on Electrolytes, Metabolism and Magnesium Deficiency : How Do They Impact Human Health? 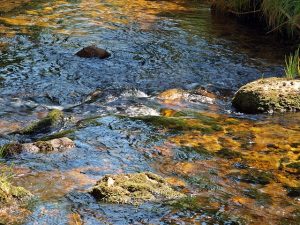 Electrolytes in nutrition are elements derived from the mineral ingredients of food intakes, which despite bioavailability, aren’t fully absorbed by body cells. The electrolytes formed by minerals are important as they contain positive and negative charges used by the body in maintaining balance of fluids and in regulating chemical reactions during metabolism.

Metabolism is widely understood as the complex process by which the nutrients of the food and beverages ingested are converted by the body to produce calories. The latter then combines with oxygen that is subsequently released as energy that empowers the body to function properly.

Why are Magnesium Electrolytes Important in Metabolic Processes?

Since the body cannot produce minerals on its own, and while we often get recommendations to increase our calcium, iron and potassium intakes, magnesium began to draw attention only during the recent past decades. The results of the studies conducted by the National Institutes for Health (NIH) prompted the medical community to raise awareness about the importance of magnesium in metabolism.

The NIH studies arrived at conclusions that magnesium is a mineral that has significant contributions in the metabolic processes affecting the cells of every major body organ. Its most important function is in helping the nervous and the cardiovascular systems carry on with electrical conduction.

The conduction of electricity in the body sends signals to the different cells, nerves and nodes of the heart and brain that controls heartbeat and muscle movements respectively. Now processes are quite complex because several other mineral electrolytes like calcium and iron can function properly, only if there is an adequate supply of magnesium electrolytes in and out of cells.

A corollary survey was conducted by the National Health and Nutrition Examination Survey (NHANES) in 2005 to 2006. The results led to the discovery that in the US alone, majority of the people were not getting sufficient amounts of magnesium from their regular diet.

How Does Low or Deficiency in Magnesium Levels Impact Human Health 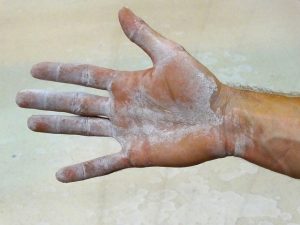 After knowing the importance of Magnesium electrolytes in relation to metabolism, we should also be aware of the symptoms indicating if our body has low or deficient magnesium levels.

First off, a physician can diagnose such symptoms as health problems by basing medical assessments on the results of the most recent Magnesium Test.

After which, the physician in attendance can give advice about lifestyle changes and proper dietary recommendations, including taking of Magnesium Taurate as therapeutic supplement.

The most common symptoms of low-level or deficiency in Magnesium, initially include unexplained dizziness, vomiting, muscle spasms, muscle cramps, fatigue and a general feeling of weakness. However, it’s not advisable to take magnesium supplements without proper medical advice.

Some cases of magnesium deficiency are linked to underlying health conditions such as pregnancy, genetic predisposition, old age, gastrointestinal problems, and excessive smoking and drinking habits. Other cases are results of taking medications like those prescribed for high blood pressure or Type 2 diabetes.